200+ Enterprises across globally trust KTree for their Web & Mobile application Development needs.See What We Do

KTree is listed as strong contender in Top IT Outsourcing Companies in India by third party agency Clutch.Read More 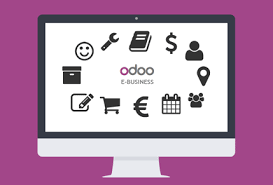 Error while importing content of one course to another in Moodle

But sometimes we are facing an error when we try to perform this activity even after following all the standard steps to execute this activity.

The error which we are facing is database error as observed in the image below.

After further examination we found that this error occurs only to a limited number of courses whose size is more than 1GB.

So after debugging at server level we found that as per the current configurations we are unable to import a course which was more than 1GB.

The size of the course that needs to be imported is 1.4GB.

So to resolve the raised concern, we need to modify the settings in the PHP.ini configuration file.

post_max_size = must be greater than 1GB

upload_max_filesize = must be greater than 1GB

Once after configuring the above settings, the course import functionality would be done normally without any errors.